Chiefs & City battle it out at The Room Works Launch

The age old debate of whether rugby or football is the superior sport came to a head on Wednesday 4th May when players from the Exeter Chiefs and Exeter City FC battled it out…in a cook-off!
In celebration of the opening of The Room Works, players were pitted against each other to make a starter, main course and dessert under the watchful eye of Austin Gosling, Head Chef at On the Rocks restaurant in Torquay.
It ended in a draw, but not before some fiercely fought one to one battles took place.
To start proceedings, Chiefs' scrum-half Will Chudley's crab cakes were judged to be the winner over City defender Craig Woodman's effort. City pulled back with the main course, after goalkeeper Christy Pym's lamb dish was chosen ahead of Chiefs' lock Damian Welch's.
Going into the final round on level terms put the pressure on City defender Jordan Moore-Taylor and Chiefs' scrum-half Haydn Thomas to make sure their chocolate fondants and handmade honeycomb were perfect. Once the final whistle blew, Austin Gosling couldn't decide and made the cook-off a tie.
There was also a charity angle to the evening with a signed Exeter City football, signed Chiefs shirt, two The Room Works chopping boards signed by all players involved in the cook-off, a spa weekend and a hot air balloon ride being auctioned off by England and Chiefs player Geoff Parling and Mark Jenkins, Head of Commercial at Exeter City.  A fantastic £555 was raised which will be split between The Exeter Foundation and Exeter City Football in the Community.
Mark Mogford, The Room Works Showroom Manager, commented, "It was a fantastic evening and we'd like to say a big thank you to players from the Exeter Chiefs and Exeter City for getting involved, and everyone that joined us for the evening helping to raise a fantastic amount of money for two great causes. 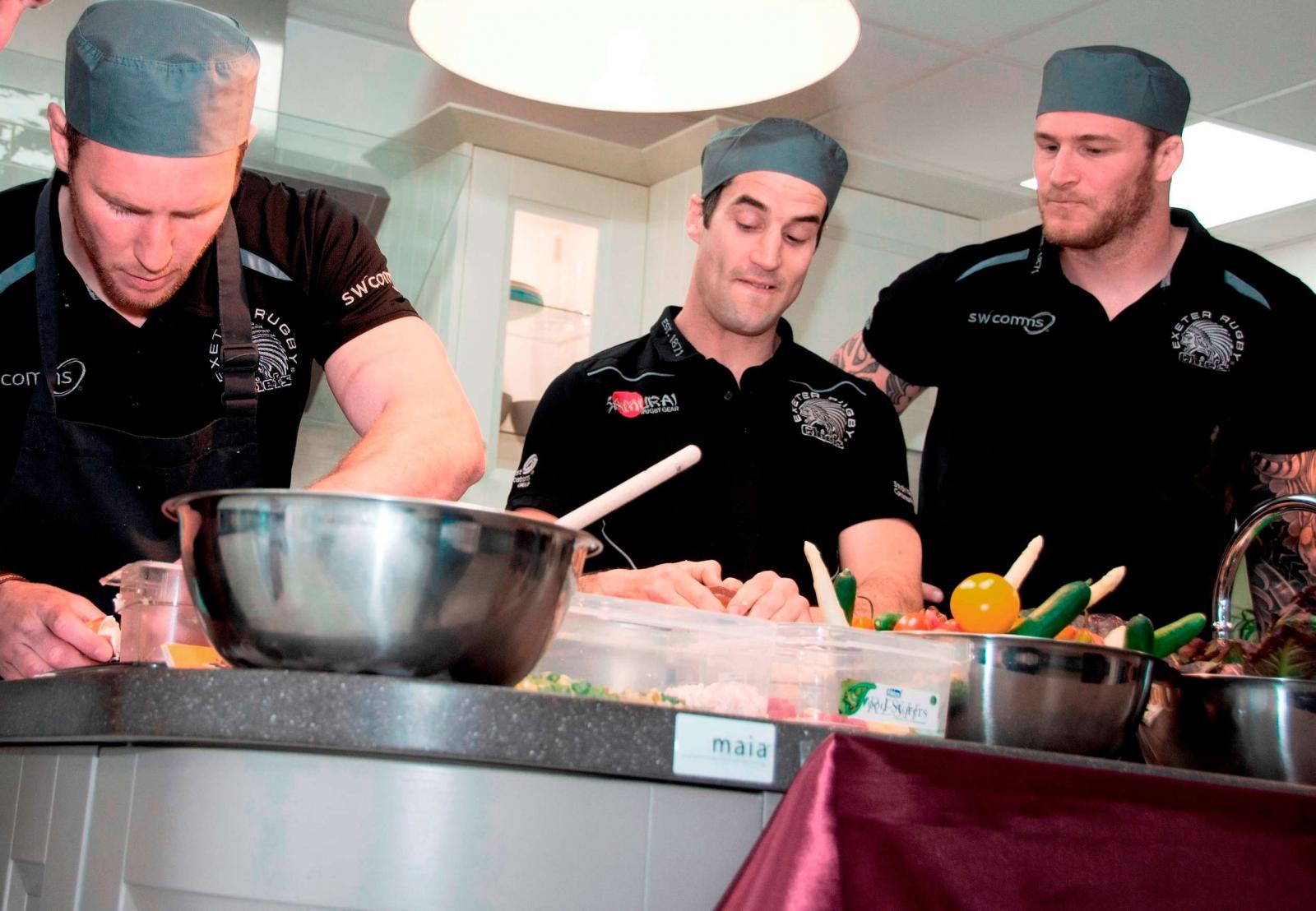 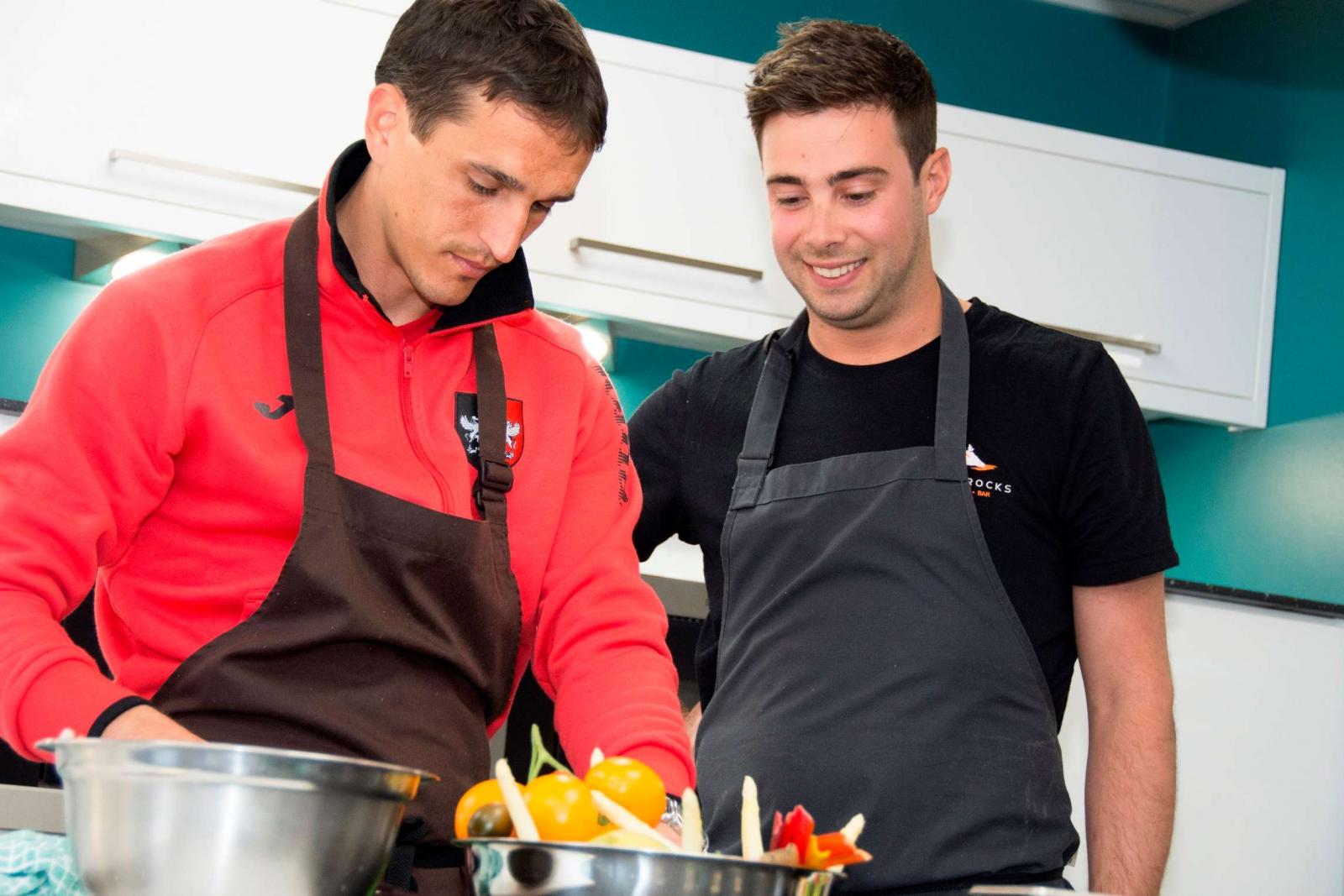 "The Room Works is a brand new concept and our Exeter showroom is the first to launch. We're extremely proud of what we have achieved and look forward to welcoming customers through the door."

The showroom features leading kitchen and bathroom brands such as Sheraton, Neff, Falcon Range Cookers, Matki and Hansgrohe, and is something new for consumers in the local area.  For the first seven weeks of trading customers are being given the opportunity to win a host of fantastic prizes featuring £3,000 worth of Virgin holiday vouchers, a luxury weekend in London and tickets for the ladies quarter final at Wimbledon. More information can be found by visiting the showroom.