Nice try Chiefs, but footballers prove to be the better bakers!

To celebrate The Room Works' first anniversary, Exeter City FC and the Exeter Chiefs battled it out during a charity bake-off and, following a highly competitive showdown, City were crowned the baking champions.
Following the players' first head to head at a cook-off to celebrate the launch of the showroom in May 2016 – which was deemed a draw – the players once again came together with both teams determined to outdo the other.
Under the watchful eye of Debbie Vanstone from Exeter based Mad Cakes, the Chiefs' bakers, Will Chudley, Haydn Thomas, Phil Dollman, Kai Horstmann and Harry Williams, took on Jordan Moore-Taylor, Christy Pym, Ollie Watkins, James Hamon and Liam McAlinden from City.
Each team was challenged to make cupcakes, meringues and 15 equally-sized scones, as well as to cover and decorate a cake.
It was a close-fought match, but the Chiefs were slightly ahead going into the final judging with 25.5 points against City's 25. The football team eased into the lead when their decorated cake received the highest score meaning Exeter City took the trophy – with rugby being left the wooden spoon.
Debbie Vanstone commented, "This has been a really enjoyable event for me to help organise with The Room Works to celebrate their first anniversary and, of course, it wouldn't have been possible without the support of the Exeter Chiefs and Exeter City FC."
Paul West, Branch Manager at RGB Building Supplies Exeter, where The Room Works is based, added, "A huge thank you to both sets of players for returning and once again going head to head – congratulations to Exeter City FC for being crowned the superior bakers. It was a great evening to mark The Room Works' first anniversary and we wish both teams all the very best for the remainder of their seasons. 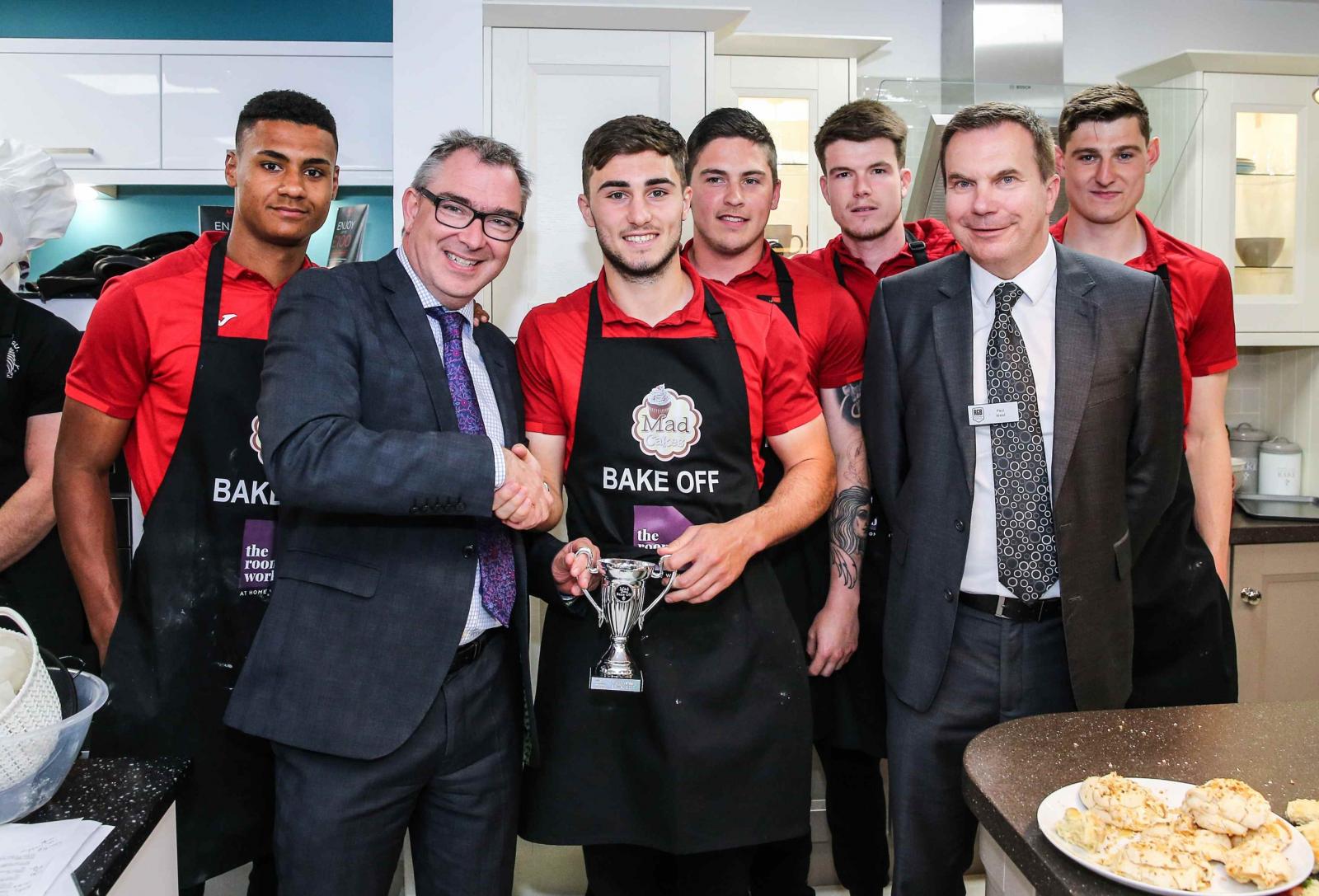 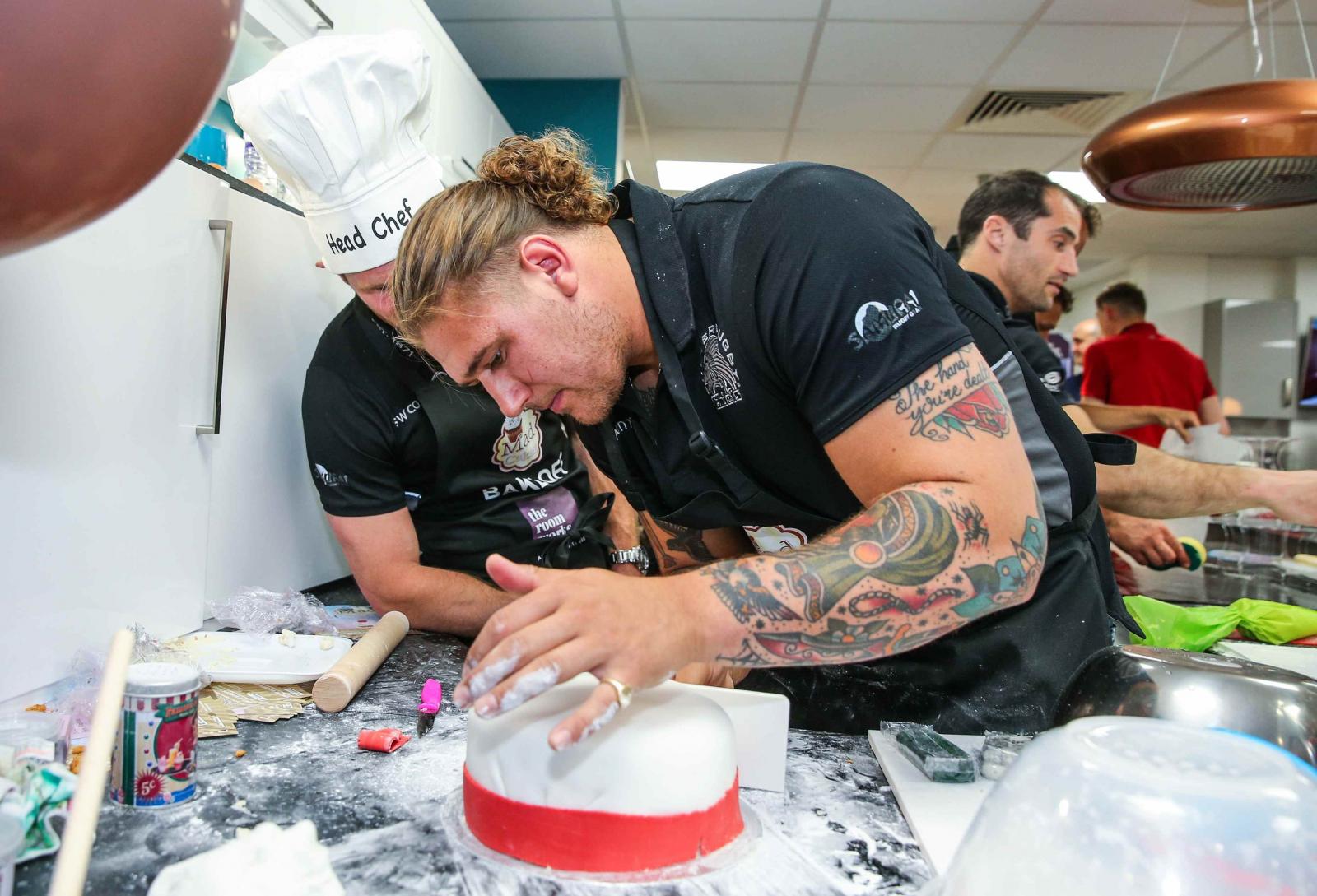 "We held the event to say a big thank you to our customers who have helped to establish The Room Works and make its first year of trading a huge success."

During the evening, the two comperes, Geoff Parling from the Exeter Chiefs and Mark Jenkins, Head of Commercial at Exeter City FC, auctioned off a signed City shirt, football and programme and a signed Chiefs' rugby ball.  A raffle also took place and in excess of £690 was raised, which will be split equally between the Exeter Chiefs' Exeter Foundation and Exeter City's Football in the Community scheme.

15
JAN
@The_Room_Works
Have you visited our new showroom in Bideford yet? We have an extensive range of kitchen and bathroom displays to… twitter.com/i/web/status/1…
05
JAN
@The_Room_Works
Here's a bathroom we recently supplied everything for, including the tiles 😍 If you're looking for a new bathroom… twitter.com/i/web/status/1…